‘Married at First Sight’ : Airris Is Torn About Marrying Jasmine After His Cousin Warns ‘This Is Not a Game’

Is Married at First Sight star Airris getting cold feet before his wedding?

In PEOPLE’s exclusive look at Wednesday’s episode, the Nashville-based software engineer, 39, begins to question his decision to participate in the show after being confronted by his cousin Fallina just before the ceremony.

Under the show’s premise, people agree to be set up with a stranger by a panel of experts and marry that person without having ever seen or met them – something Airris’ cousin has voiced serious concerns about in a previous episode, and repeats again.

“I’m curious, waiting to see what’s gonna happen. I mean, this is it… So you know it’s not too late to walk away,” she tells Airris in the clip as his family and friends begin to take their seats for his wedding to Jasmine, 31.

“It is, but it’s not,” he responds. “I mean, yeah, I could just turn around and leave up out of this venue but I’m hopeful. I’m thinking it’s gonna shake the rest of my life out in a positive way.”
Fallina expresses her doubts about his comments, saying, “It’s a lot of hope… I just wouldn’t be able to play with my life like that. This is not a joke. This is not a game, and how this play[s] out, this gonna shape the rest of your life.” 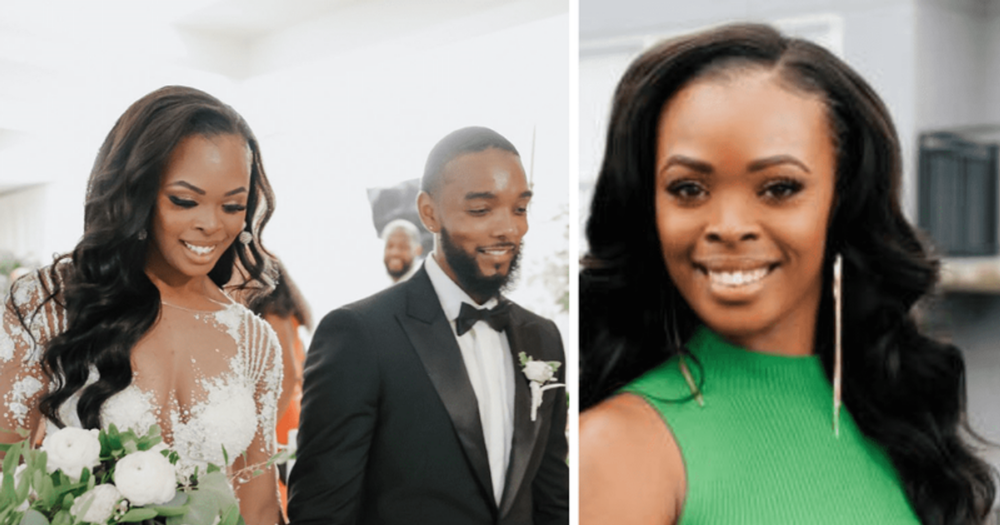 “I just have to keep it real with you, this just does not make any sense,” she adds. “And this is not something that you have to do… you could walk up out of here right now.”

In a separate confessional, Airris begins to wonder if she could be right. “Fall, man, it’s not like she’s lying,” he says. “There are real concerns, like, I’m meeting a stranger. This is crazy.”

“I mean, it’s scary when I think about it cause I’ve never even lived with a woman,” he continues. “A lot of thoughts are going through my head, like, I’m all over the place honestly.”
In the season premiere, Airris gathered his mother Laurie, cousin Fallina and friends Harold and Charles to tell them that he was joining the show. He said that since dating hasn’t worked, he’s ready to try something new.

However, his family and friends did not express the same enthusiasm for the experiment as he did, with Fallina noting that he isn’t ready for something like this as “he’s never been in a truly committed relationship.”

“To just go from playing the field out here, to getting married in two weeks with someone you know absolutely nothing about, you’re planning to do this for the rest of your life,” she pointed out. “It just seems really extreme to me.”

She added in a confessional: “Airris should walk away now. I just don’t personally think that he’s ready for everything that comes with a marriage. I would like to see him really take the time to get to know someone and try, first, commitment through traditional dating, versus just going to the extreme.”