Preparing for a role is hard work, and for one of the stars of “Chicago Fire,” she found herself returning to school. The hit NBC drama follows Chief Wallace Boden (Eamonn Walker), Kelly Severide (Taylor Kinney), Sylvie Brett (Kara Killmer), Christopher Herrmann (David Eigenberg), Stella Kidd (Miranda Rae Mayo), Violet Mikami (Hanako Greensmith) and the rest of the crew of Firehouse 51 as they work to help the people of Chicago. During the show’s run, paramedics and motorcycle fires rushed to the scene of a crash, a building collapse, and a fire at a wedding, among other emergencies. Sometimes, the call requires the help of emergency personnel with different skill sets, allow the show to tie in other Dick Wolf One Chicago universe series, “Chicago P.D.” and “Chicago Med” from time to time.

But before any action can take place in front of the camera, plenty of prep goes into making sure actors are ready to bring these stories to the small screen. And for Mayo, the road to “Chicago Fire” required quite a lot of homework. 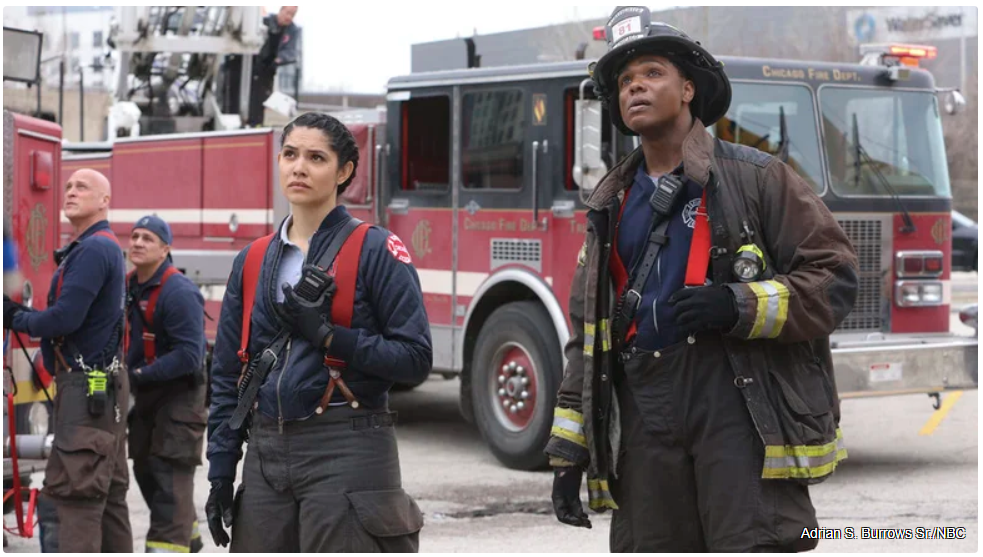 Mayo is not the only cast member who attended Fire College

In an interview posted to the official One Chicago YouTube channel, Miranda Rae Mayo discussed how she trained for her role on “Chicago Fire.” “Both Kara [Killmer] and I actually did the IFSI Fire College,” she said, noting that they each attended the program at different times. According to the Illinois Fire Service Institute, the Fire College is a multi-day event every summer. The Institute notes that its Fire College is the oldest in the United States and offers various forms of instruction, including live fire training. Mayo added that she also received training from fellow crew member Steve Chikerotis, a real-life firefighter who spent more than 30 years serving the Chicago Fire Department (via Firehouse).

Mayo’s role has expanded throughout “Chicago Fire,” with Mayo becoming a series regular in Season 5 (via The Hollywood Reporter). And while the show focuses mainly on the work of these first responders, it still takes time to weave in some personal storylines, including the romance between Kelly and Stella that ultimately led to marriage in Season 10 (Via NBC Insider).