After the Season 10 cliffhanger, Chicago Fire left us worrying about what’s in store for Severide (Taylor Kinney) and Kidd (Miranda Rae Mayo) as a stalker loomed outside of their honeymoon cabin retreat. With new characters like Jason Pelham (Brett Dalton) coming and going, fans are wondering who’s in and who’s out for Season 11.

Kelly Severide (Taylor Kinney) is in! Even though Kinney’s contract, which he signed in 2019 was set to end with Season 10, we definitely expect him to return to resolve the cliffhanger.

Stella Kidd (Miranda Rae Mayo) is in! After tying the knot and accepting her position at Station 51, Kidd is definitely back for good.

Chief Wallace Boden (Eamonn Walker) is in! Even though Bowden has been in some life threatening situations, we see no reason for Walker to be leaving the show any time soon.

Joe Cruz (Joe Minoso) is in! Cruz isn’t going anywhere. The character will remain a staple on Chicago Fire for the foreseeable future, as there have been no contract disputes or attempts on the part of actor Joe Minoso to leave the show. 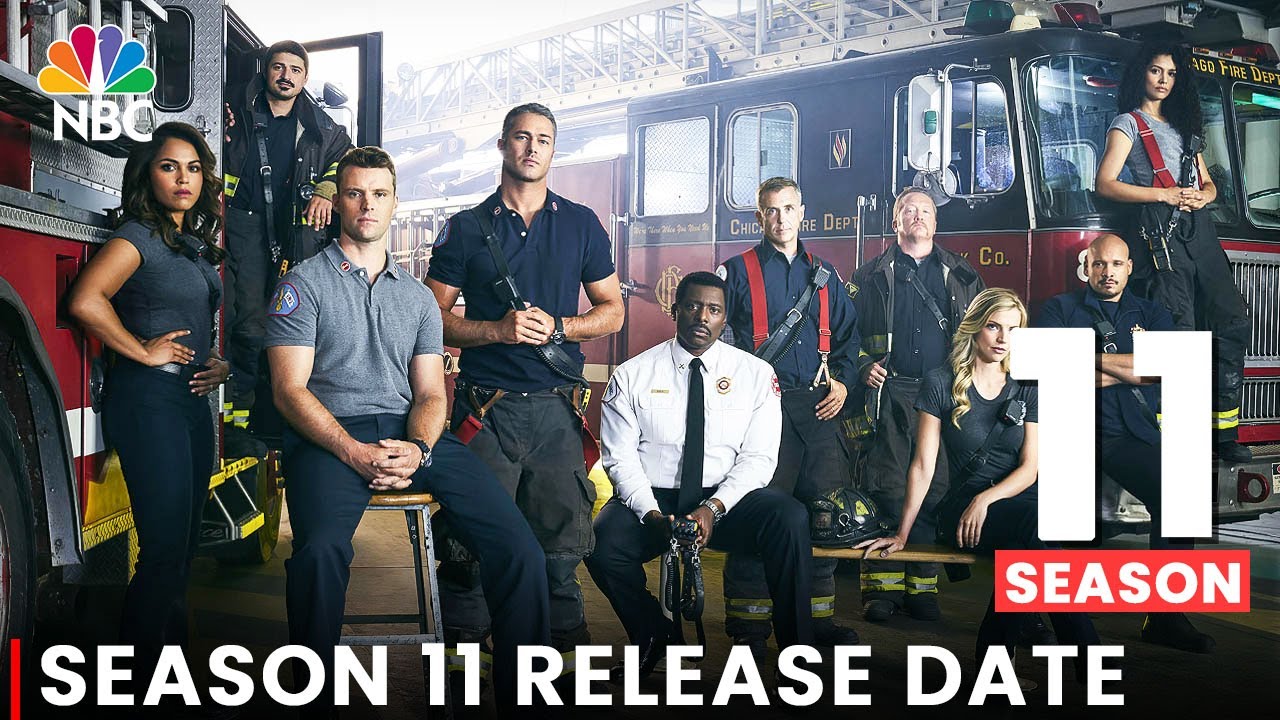 Sylvie Brett (Kara Killmer) is in! Even though Jesse Spencer, who plays her love interest, has officially left the show, Brett isn’t going anywhere, anytime soon.

Christopher Herrmann (David Eigenberg) is in! After Season 9’s dramatic underwater cliffhanger, Eigenberg joked that he knew the secret to avoiding getting killed off the show was to avoid doing dangerous stunts. It seems to be working out for him so far and we expect him to return in Season 11.

Randall “Mouch” McHolland (Christian Stolte) is in! Stolte recently shared in an interview with NBC’s KGET that he will stay on Chicago Fire as long as the show keeps getting renewed.

Blake Gallo (Alberto Rosende) is in! Gallo has become one of the most vital players on the show and we expect the character to return for Season 11.

Darren Ritter (Daniel Kyri) is in! Kyri became a series regular in 2020 and we dont expect to see him leave the series anytime soon.

Violet Mikami (Hanako Greensmith) is in! It seems that her archrival, Emma (Caitlin Carver) was thwarted in her evil intentions and Violet is here to stay for the foreseeable future.

Capt (Randy Flagler) is in! No news is good news when it comes to casting shuffles and we expect Capt to return for Season 11.

Tony (Anthony Ferraris) is in! This real life firefighter is expected to return to back up the fictional heroes of Station 51 in Season 11.

Mason Locke (Chris Mansa) is in! Mansa is a part of Chicago Fire’s “new wave” and now that he has been accepted into the 51, there’s an expectation that his role within the firehouse will increase.

Evan Hawkins (Jimmy Nicholas) is in! Hawkins has become an integral character and we definitely expect to see him return next season.

Todd Graham (Brandon Prado) is in! Showrunner, Derek Haas revealed in a Deadline interview that Todd would be sticking around and even joked about a possible romance with Stella Kidd in the future.

Jesse Spencer, who plays Matt Casey, officially left Chicago Fire in October 2021. Derek Haas has made it clear in interviews that the door is always open for Spencer to return, but we don’t expect his character, Casey to return in Season 11.

Although it is not official, it appears that Brett Dalton, who plays Lieutenant Jason Pelham, has permanently left the show. After stepping down from the position of Lieutenant of truck 81, Dalton has appeared in a couple episodes of the series The Equalizer.

Station 51’s beloved firehouse dog, Tuesday, was first introduced in season 7 as Darren Ritter’s (Daniel Kyri) dog who suffered from separation anxiety, tragically died before the season 10 finale aired. The gorgeous dalmatian was present for the wedding and even donned a “flower girl” sash as she sat, well behaved for the ceremony. It is unclear if they will address her passing on the show or if the official mascot will mysteriously just stop visiting Station 51.

It is unknown at this time whether Caitlin Carver will be returning as paramedic Emma Jacobs in Season 11.

As we get closer to the season 11 premiere, the casting might continue to shuffle and Reel Chicago will continue to update One Chicago fans.

Filming begins this week for Season 11 and Chicago Fire will return for the premiere on Wednesday, September 21, 2022, at 8 CST!