The Real Housewives of Potomac cast member also opened up about those who have supported her “along this journey.”

Ashley Darby is taking time to reflect on her life following her announcement last month that she and husband Michael Darby were separating. The Real Housewives of Potomac cast member recently took to Instagram to give a glimpse at what she’s been up to lately, sharing stunning photos while opening up about her outlook on everything, as well as expressing her gratitude for those who’ve helped support her along the way.

“Flowers don’t ask permission to bloom, neither should we. I’m a human, woman, mother, daughter, sister, friend — everything I need to be,” Ashley shared in her May 13 post, which featured a must-see glamorous photo of the RHOP cast member living her best life, prompting Gizelle Bryant to comment, “I just picked myself up off the floor…”

Ashley also shared a picture of herself, all smiles, from the SOME (So Others Might Eat) charity event she attended recently, revealing in her Instagram post how much the charity meant to her, how grateful she was for all her opportunities, and how thankful she was for the people who had offered her guidance. 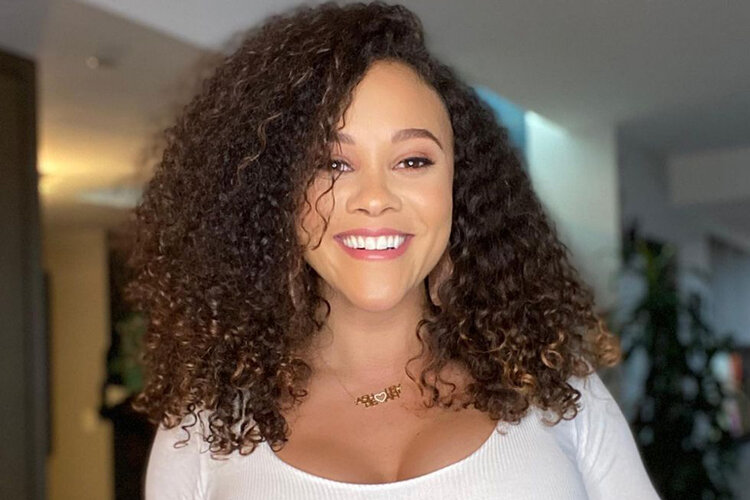 “The woman in this photo looks the part of glitz and glamour, but what’s not visible are the countless people who have helped me along this journey,” she wrote in the caption of her post, alongside a photo of herself from the charity’s gala, adding, “Strangers who generously helped my family at different stages had no idea who I could become, but their generosity invested in my potential. [SOME charity organization] gives that same gift to the people who receive help from their services. All humans thrive best when they are seen, heard and valued. Having the opportunity to be in a room full of young professionals who care about the well-being of those in their community really warmed my heart. Thank you for having me!”

In addition to her heartfelt posts, the former Miss District of Columbia pageant winner revealed an empowering message reflecting on her life, along with a stunning photo of herself, writing, “I finally understand — LIFE IS TRULY WHAT YOU MAKE IT! And I’m going to make it mine.”

Earlier this month, Ashley also shared another revealing update on her life with a fun post showcasing her dance moves. “Boom boom! It’s so hard to lower my vibes these days,” she wrote in the caption of her May 3 post.

The RHOP mom of two also shared adorable photos of her sons, Dean Michael Darby, 2, and Dylan Matthew Darby, 1, back in April, writing in the caption of her post, “The perfect duo doesn’t exi— [exist]. These two angels have truly stolen my heart.”

RHOP is streaming on Peacock