She’s the Married At First Sight star who announced her pregnancy last month.

And on Wednesday evening, Beck Zemek flaunted her growing baby belly in a chic black midi dress as she stepped out to attend the Scream premiere in Perth.

Despite gearing up for a frightful viewing, the 28-year-old was all smiles as she walked down the red carpet in a pair of casual white slides. 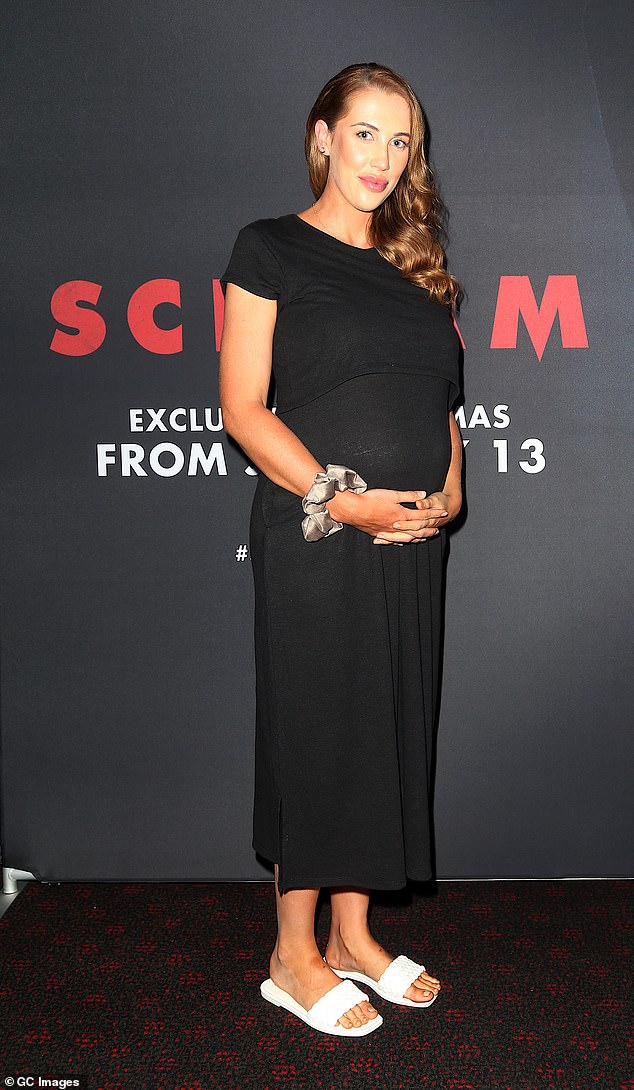 Beck had her caramel-hued locks parted to the side, styled in glamorous waves.

The former reality star added a touch of peachy blush to her cheek bones, filled in her brows and coated her lips with a soft pink lipstick for the occasion.

Beck attended the event with her partner Ben Michell.

He opted for a pair of stonewash denim jeans, teamed with a black and white T-shirt, the the fright-tastic outing. 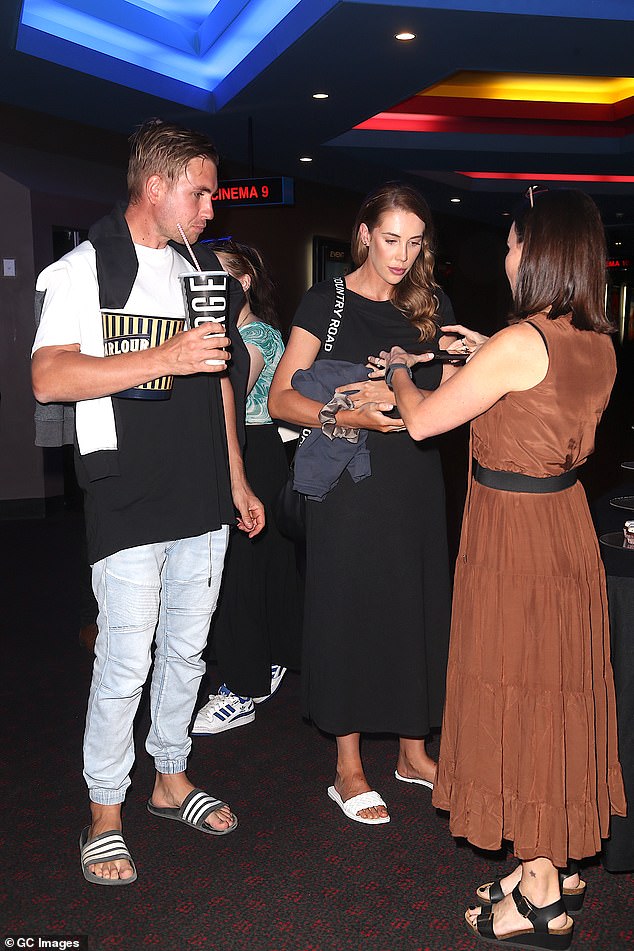 The couple appeared to be matching, as they both followed a monochrome-themed look.

At one stage, Beck held onto her burgeoning baby bump as she posed for photos by the media wall.

Beck confirmed her pregnancy in December, showing off her growing baby bump in a selection of stunning images alongside her partner.

‘The secret is out!’ she wrote in the caption at the time.

‘Ben and I are over the moon to finally announce we are expecting a bundle of joy in May 2022!’

‘Thank you to everyone who has kept this a secret for such a long time! Also for all the wonderful support over the last few months’ it truly means the world to us.’ 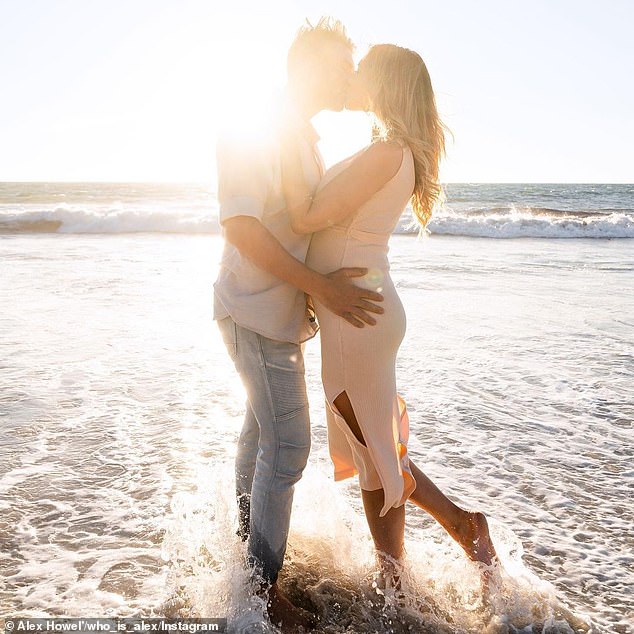 ‘Who knew the best was yet to come, this is such a miracle for us and we are already over filled with love for you little one.’

The couple unveiled the news alongside a photo shoot by photographer Alex Howell – who goes by the Instagram handle @who_is_alex – which saw Beck dressed in a stunning peach gown which showed off her blossoming bump to perfection.

Later in the month, they also had a gender reveal party, announcing they are awaiting the arrival of a little girl.

Beck soared to fame after appearing on MAFS Australia, where she failed to find love with on-screen ‘husband’ Jake Edwards.

Beck is expected to appear in the upcoming season of Nine’s Celebrity Apprentice. 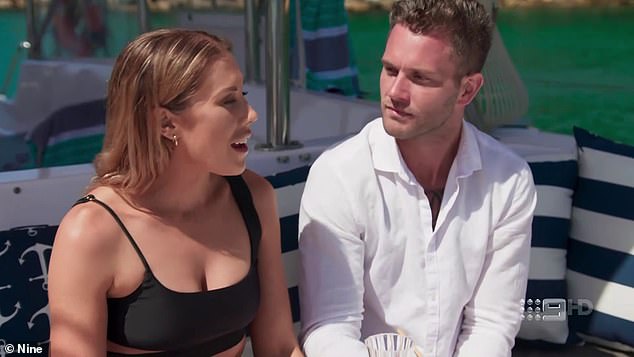