NCIS Season 20 Is Kicking Off With A Big Crossover Event, And There Are First Look Pics

CBS’ unstoppable ratings giant NCIS is coming back this fall for its historic 20th season, making it one of very few scripted series to achieve such a lauded achievement. And when the currently filming season arrives, it won’t exactly be alone either, as CBS announced fans will be privy to a full-blown crossover event for the September premieres for both NCIS and NCIS: Hawai’i.

On Monday, September 19, NCIS will kick off the two-hour premiere event with a suspenseful case that will become bigger than anyone expected, which will lead the Washington D.C. squad across the Pacific and over to the Aloha State for some high stakes action. We’ll get into the specifics of the first hour after peeping out the first look at the upcoming crossover. 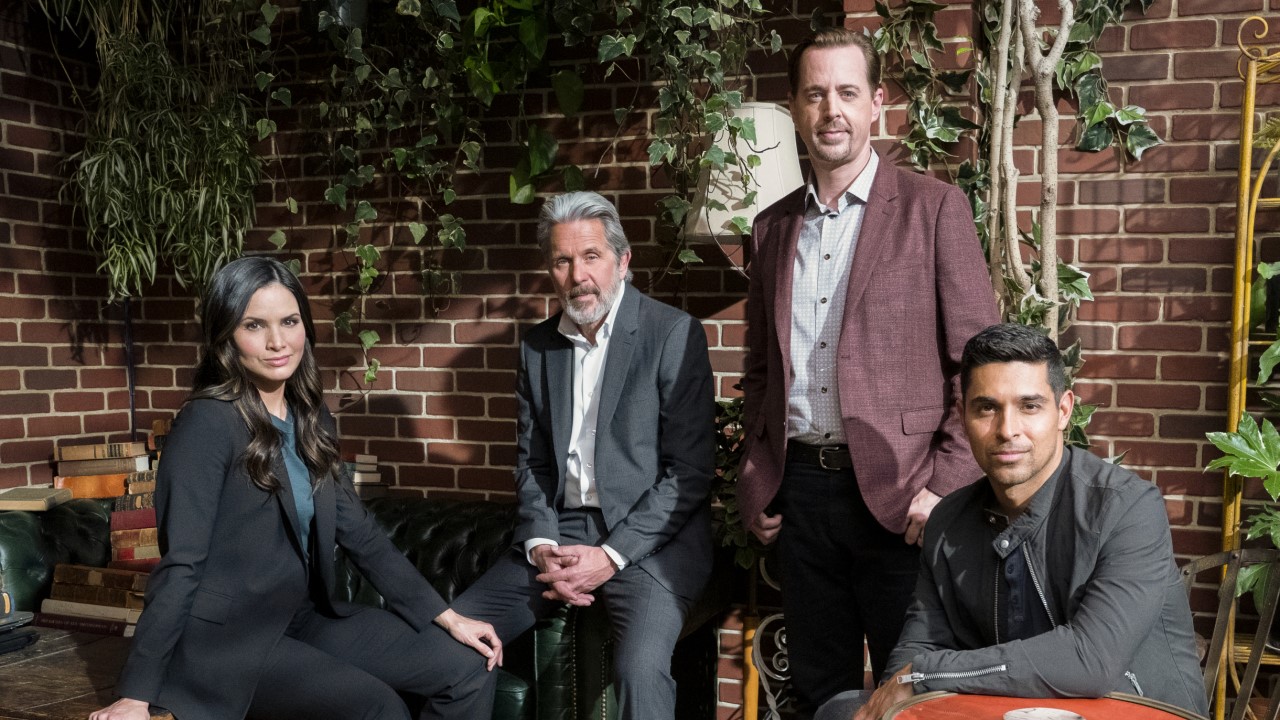 Clearly NCIS’ creative team was keeping things close to the vest recently when addressing the topic of the drama’s chances of fully crossing over with either its Hawai’i or Los Angeles spinoffs, as it wasn’t hinted at that the two Monday night dramas would be doing just that with their first eps back on the schedule. This marks the second episodic crossover for the two shows, with the spinoff’s first season bringing over Wilmer Valderrama and Katrina Law into the Hawaii sunshine.

Considering those characters now have that history behind them, viewers can probably expect for Torres and Knight to fall in quickly when working again with Vanessa Lachey’s Tennant, as well as Jason Antoon’s tech-savvy Malick.

The real question, though, is who’s rocking the harder glares: the Torres/Tennant combo seen above, or Knight/Tennant below? If you guessed the all-female duo, you are correct. I wouldn’t want to be the suspect who gets brought down by these two.

Things are much happier in the pic below, which brings Sean Murray’s McGee into the crossover fun as he gets introduced to the Hawaii-sourced agents. That said, don’t expect to see McGee rocking sweet ass sunglasses on the beaches of Hawaii, as he’s not listed as one of the spinoff’s guest stars. 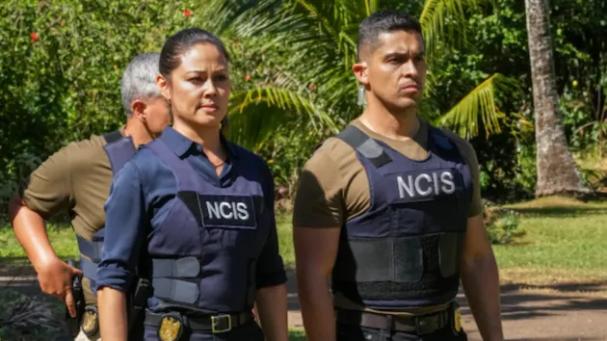 And though we don’t see Gary Cole’s Alden Parker in these first look images, it has been confirmed that he’ll appear in the NCIS: Hawai’i side of the crosscover, as well as presumably in his own series. That said, it’s unclear if he took a trip to Hawaii while on the lam with Vivian, or if things will clear up enough for him to get back to work at the D.C. headquarters. (Also worth noting is that Brian Dietzen and Diona Reasonover’s respective characters Jimmy and Kasie are also guest-starring.)

Check out the two episode synopses below for both eps in the crossover event.

NCIS “A Family Matter” – Following the cliffhanger season 19 finale, with Special Agent Alden Parker (Gary Cole) still on the run with his ex-wife Vivian (Terri Polo), the team investigates who from his past might have a personal vendetta against him in hopes of clearing Parker’s name. Enlisting the help of NCIS: Hawai’i’s Special Agent Jane Tennant (Vanessa Lachey) and computer specialist Ernie Malick (Jason Antoon), who are in town meeting with director Leon Vance (Rocky Carroll) in preparation for a global military exercise, the group tracks down their prime suspect, The Raven.

NCIS: Hawai’i “Prisoners’ Dilemma” – Tennant’s team, along with NCIS agents Nick Torres (Wilmer Valderrama) and Jessica Knight (Katrina Law), track The Raven’s whereabouts to the island of Oahu and learn about his plans to attack RIMPAC (The Rim of the Pacific Exercises), the world’s largest international maritime warfare exercise.

Still no telling if or when Mark Harmon’s Leroy Gibbs will grace the show with his presence again, Get ready to watch worlds collide in non-destructive ways when NCIS Season 20 debuts on CBS(opens in new tab) on Monday, September 19, at 9:00 p.m. ET, followed by the Season 2 premiere of NCIS: Hawai’i at 10:00 p.m. ET. All 19 seasons of the O.G. series can be streamed with a Paramount+ subscription. Head to our 2022 TV premiere schedule to see what other big arrivals are hitting this fall and beyond.