Ricky Gervais was the missing key to fixing the much-maligned eighth season of The Office. The series had previously established that Gervais’ character from the UK series, David Brent, did in fact exist in the world of the US sitcom. Additionally, Gervais was still involved with the show, as he and co-creator Stephen Merchant both served as Executive Producers. The Office had an identity crisis of sorts when its main star, Steve Carell, left at the end of its seventh season. Much of the final episodes of that season were spent finding a replacement for Carell’s unreplaceable Regional Manager of Dunder Mufflin, Michael Scott. 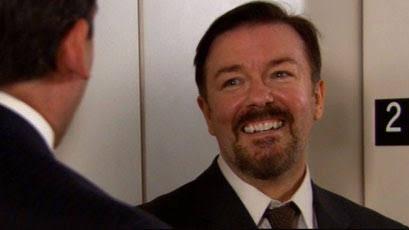 The series teased several replacements, which included characters portrayed by famous comedians like Ray Romano, Will Arnett, and Jim Carrey. However, the search for Michael’s replacement ultimately saw Will Ferrell’s Deangelo Vickers take on the role and assume leadership of the office. Deangelo wasn’t warmly received by either the cast or audiences, and he was notably rude to fan favorites Jim and Pam. However, the character was ultimately revealed to be a “stop-gap”, and he was quickly replaced by Robert California (James Spader). California bizarrely talked his way into becoming company CEO at the beginning of season eight, and the office was finally given a consistent Manager in the form of Andy Bernard (Ed Helms). Despite Helms’ acting talent, Andy simply wasn’t Michael Scott, and season eight and the subsequent season nine suffered without the consistent presence of the world’s best boss.

In the show’s search for a new boss, it overlooked the perfect candidate, which was right under the crew’s nose: Ricky Gervais’ David Brent. Brent was the boss of the original UK series of The Office, which was far more grim and depressing in tone: something the first season of the US show had failed to replicate. With Brent back as the boss, the show could’ve reinvented itself and returned to its sardonic roots as a series about the everyday struggles of a dull, drab working environment. Furthermore, there was great comedic potential for Brent to draw comparisons between characters in Dunder Mufflin and their UK counterparts in Wernham Hogg, such as Tim and Jim, and Dawn and Pam. 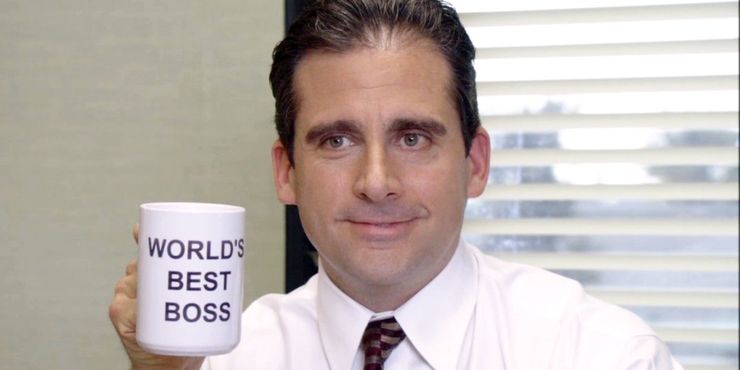 David Brent actually did have a cameo role in season seven, both in a brief interaction with Michael Scott and as a throwaway gag when Gabe Lewis, Jim Halpert, and Toby Flenderson are searching for a new boss. This was the perfect time to formally introduce Brent to the series. Even if the show runners didn’t want to permanently introduce him as Regional Manager and redefine the show as a gloomy satire, he could’ve filled Deangelo’s role as a hapless idiot boss far more successfully. Brent was never as popular with his co-workers as Michael Scott, and it stands to reason that he would’ve immediately gotten on the nerves of Jim, Pam, Dwight, and the rest of the office.

Yet, had the show runners committed to Brent at the end of season seven, it was possible that The Office could’ve even lived on past season nine. Brent was, after all, the template for Michael Scott’s character. It was therefore safe to assume that he would’ve made a far more appropriate successor to Carell’s character than Andy Bernard ever could. His brief cameo appearance alongside Michael Scott showed that Gervais hadn’t lost any of his awkward charm, and that Brent could easily gel with his American counterparts. The cultural differences between the British and American bosses were played up for laughs in this scene, and this could’ve been built on throughout seasons eight, nine, and beyond had Brent stuck around.

David Brent was the secret solution to the boss problem in The Office season seven that the show runners never seemed to take seriously. The precursor to Michael Scott was right there and available, but instead, audiences were given the underwhelming Deangelo Vickers and the affable, yet ill-placed Andy Bernard. Though seasons eight and nine were certainly not without their highlights, the return of David Brent could’ve transformed The Office into what it originally was conceived as: a dark comedy and satire of the mundane, as opposed to the wacky sitcom it became in later seasons.