Herrmann is a Chicago Fire staple. The character, played by David Eigenberg, is the unflappable veteran who always seems to have the right piece of advice for his peers. He’s as foundational to the the tone of the show as the 51 itself, so the notion of him being gone is a devastating one.

Fans have experienced some close calls with Herrmann, and season 10 even hinted at the possibility he might be fired for a judgement call in the field. Will he exit for good in season 11?

Well, here’s what you need to know about Herrmann’s future on Chicago Fire.

The aforementioned season 10 scare saw Herrmann take the wrap for an emergency situation that involved Brett (Kara Killmer) and a mistake involving the medic team. He promised to take the heat for the situation, and he did just that, facing the wrath of Chief Boden (Eamonn Walker), who made it clear that the citation Herrmann received would affect his chances for promotion.

Herrmann was able to stick around, but season 10 also saw a bit of a crisis on the personal side of things. Upon arriving to the scene of a car accident, the firefighter discovered that a little boy had been trapped in the backseat. He helped the boy escape, but the wait to find out whether the boy had any serious injuries seemed to have a strong effect on him. 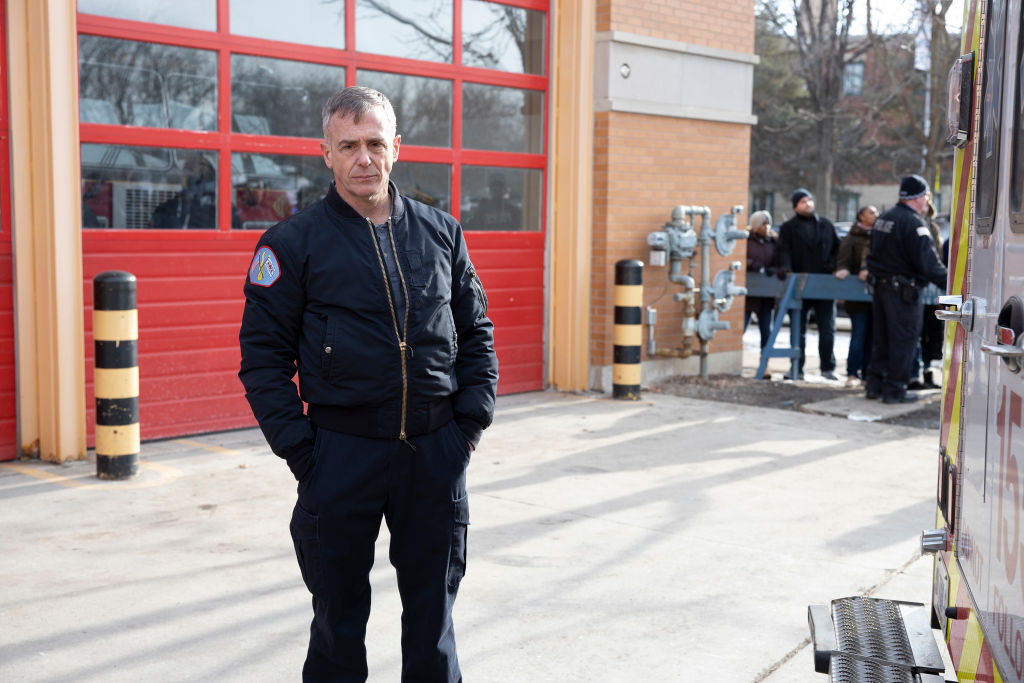 As a father himself, Herrmann reflected on the dangerous situation that children often find themselves in, and he lamented that the part of the job that forces him to deal with children getting hurt has never gotten any easier. It seemed to hint at the possibility that he was reaching the end of his rope when it came to being on the job, but the fact that the boy was okay seemed to affirm his confidence.

The character certainly has Molly’s to fall back on when he does retire, but even then, we can’t see a time when Herrmann is not part of the Chicago Fire cast. His role as the resident old school guy makes him invaluable, and Eigenberg made it clear that the show is his number one priority despite agreeing to star in the recent Sex and the City reboot.

The way we see it, Herrmann isn’t going anywhere.